Join us for a club diveIt's completely FREE!

See where we are diving next

Our own charter boat runs out of the Mandurah Marina and we dive on the reefs just outside of Mandurah just 20 minutes from shore! Enjoy all of the life and reefs of a Rottnest Island dive at a fraction of the price and with a much more personal experience! Our boat caters to 6 passengers, the skipper, and an experienced Divemaster that'll be joining you so you make the most out of your dive!

This dive suits all levels, the majority of the dive sites are less than 18m in depth so it's perfect for open water students. For technical divers, we know some spots that are 30+ meters so just enquire with us if that interests you! 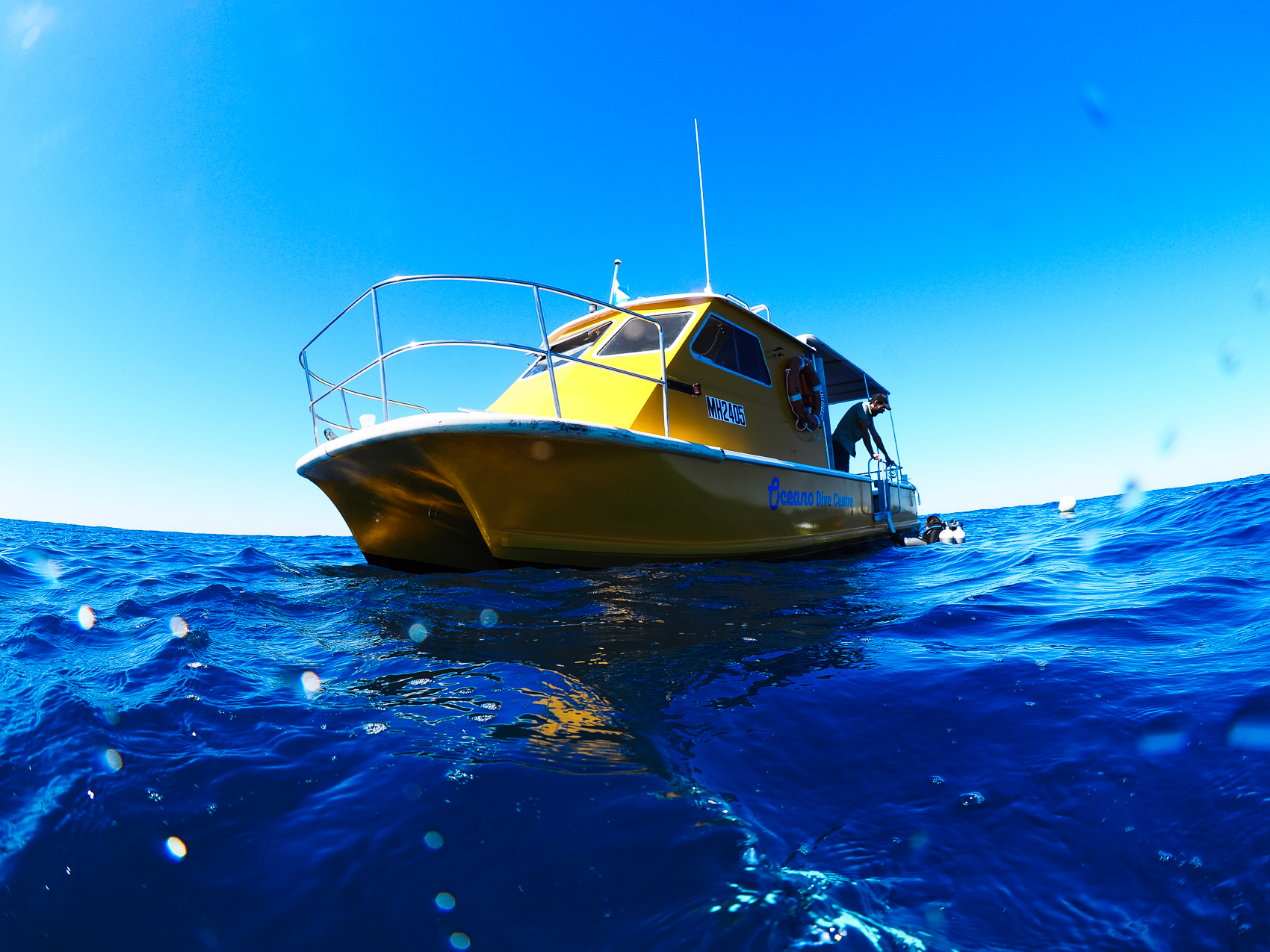 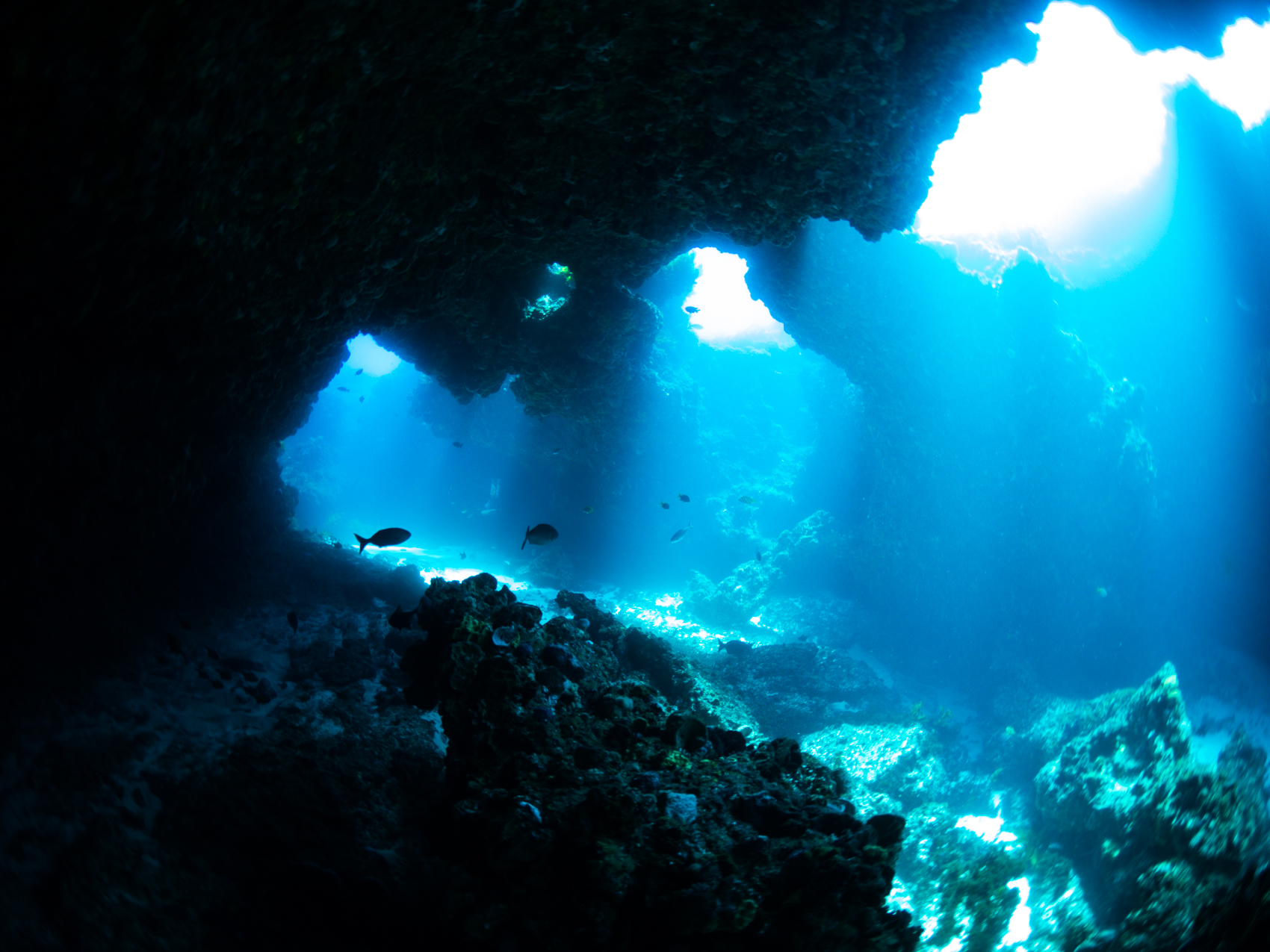 Head to Rottnest Island on our friends, Swan Dive's 10mtr Purpose-built dive boat ‘ ScUber’ for a double dive on the surrounding Reef dive sites. These may include the known Shark Cave, Crystal palace, Roe Reef, etc. The dives location will be advertised close to the date which depends on weather forecasts. Light snacks, tea, and coffee will be available in between the dives.

The boat will be anchored over the sites for over an hour. Technical divers are welcome to do one long dive as long as they have the appropriate certifications, equipment, and buddy.

If you'd like any specific information about the dive trips we do, such as the next available trip or any special requests, or if you'd like to book a spot on any of the trips just give us a call!

To experience one of the best jetty dives, all you need to be is an Open Water Diver as the dive site around the jetty only goes down to 9m!

For pricing and more information hit the button below! 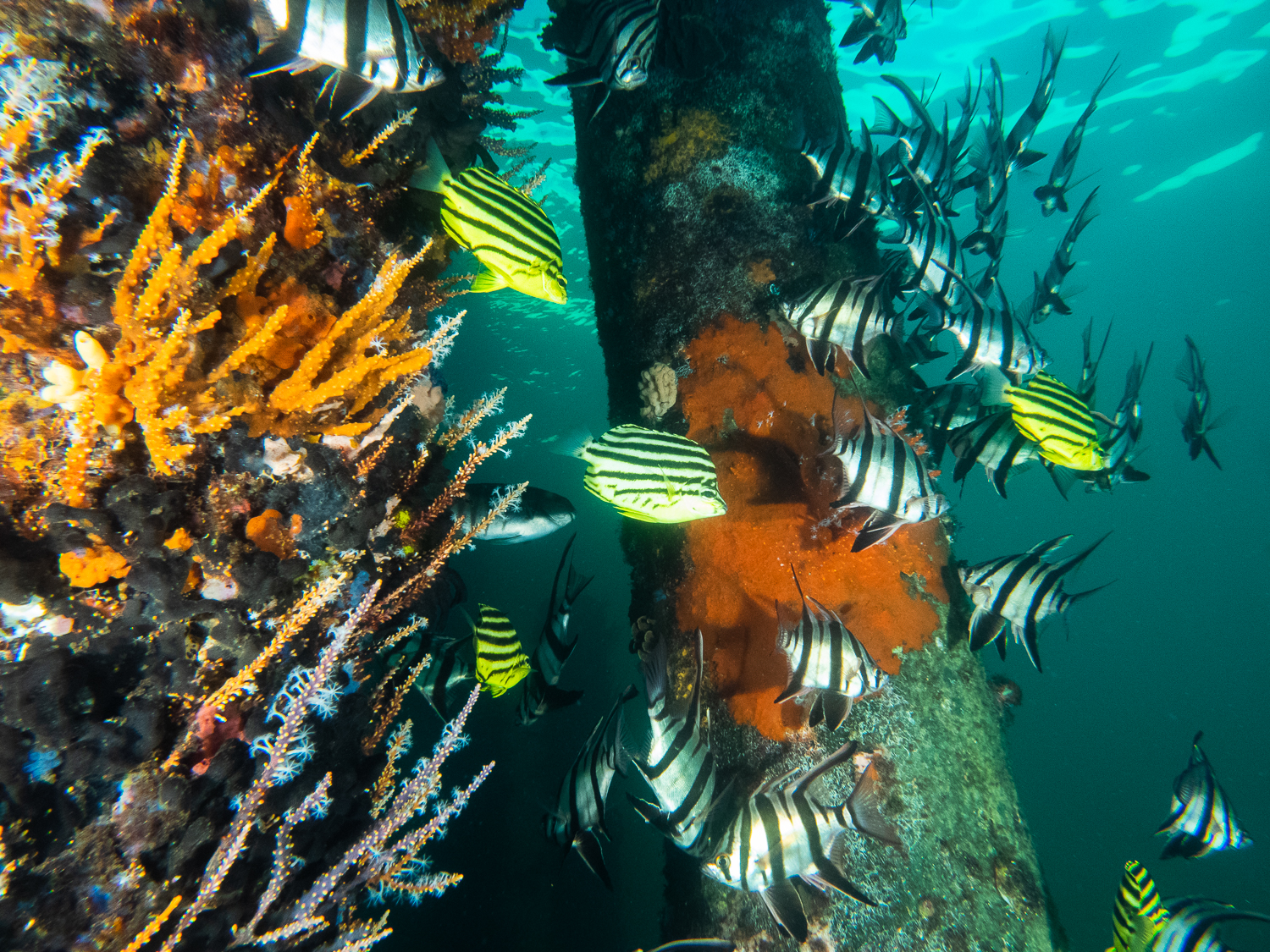 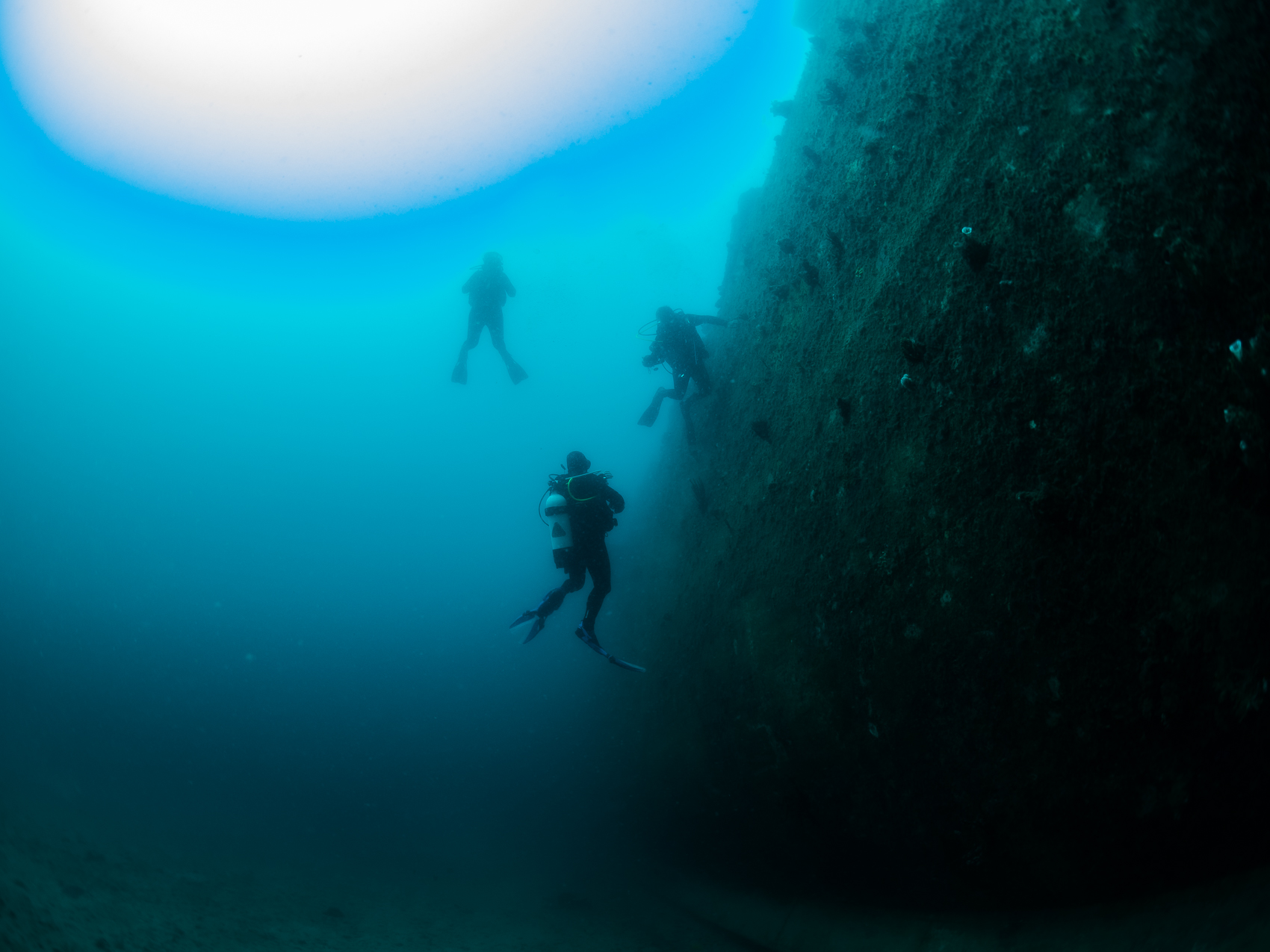 Jump onboard for two dives on the HMAS Swan (DE 50) Wreck, one of the largest accessible dive wrecks in the Southern Hemisphere.

The 113 meters long decommissioned naval destroyer was scuttled just off the coast of Dunsborough in 1997 and since then has become one of the most popular dive wreck sites in Australia.

Sitting in 32 meters of water at the deepest point and making its way up to only 5m deep, this wreck is truly a spectacular site to dive for all levels of divers. Not just a wreck dive – you’ll also see schools of bull's eye fish in many of the ship’s rooms, while King George whiting and brim swim around the hull. Samson fish, blue devil, and sweep are also commonly seen. 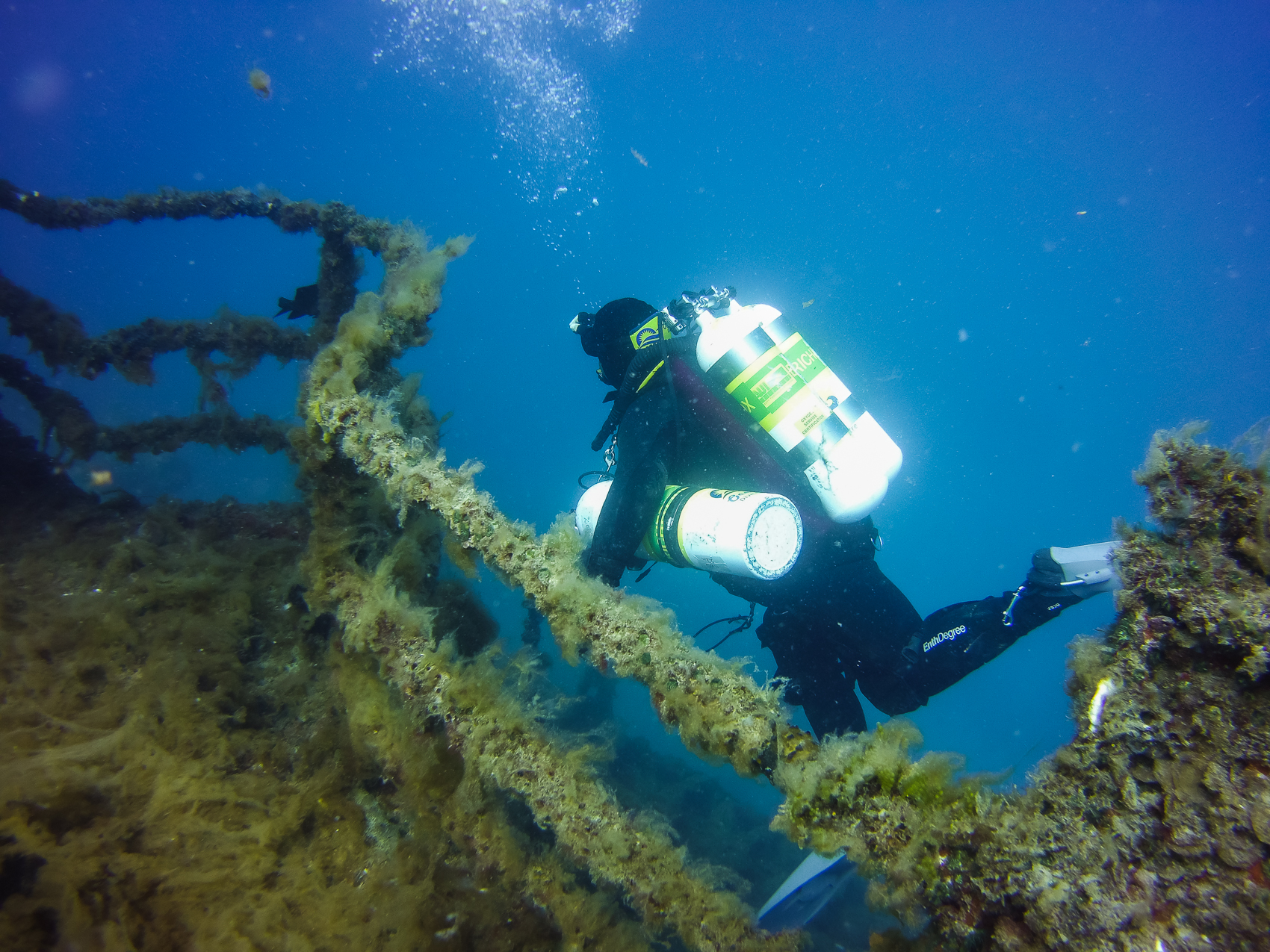 Join us on the Mandurah ReefsFrom Only $80 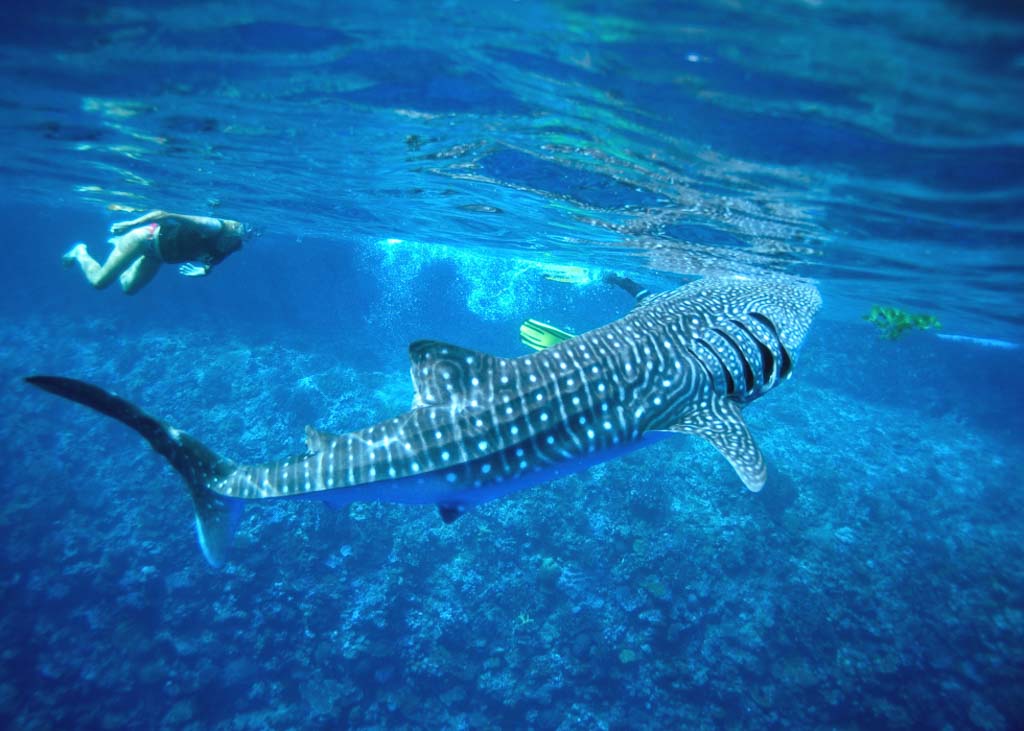 Join the CLUB for free and recieve SALE price on most items. In-store only. Dismiss